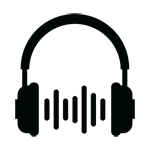 Back once again with another dancefloor-oriented drum&bass release on Scientific. This time it’s by a familiar face on the label: Sao Paolo/Brazil based producer Bungle. One thing we know for certain: no matter which genre Andre Sobota (which is his real name and music alias under which he releases house music and downtempo) sets his mind to, he always delivers! This release is definitely no exception.

The EP starts with “Forms”, a brilliant and well-balanced combination of snappy 808 influenced drums, deep bassline, trancey pads and catchy melodies. The buildup and drive in this tune is insane! “Step One” on the other hand has more of a breakbeat type of feel. Spoiler alert: the amens coming in at 2:20 are totally unexpected, yet so rewarding! A guaranteed killer on the dancefloor. Speaking of which, “Open Field” is another amen-based, phat-sounding dancefloor smasher that will blow you away. The EP ends with the bass-heavy remix of Bungle’s legendary “Bad Discipline” tune, released earlier on Scientific’s Techmosphere series, by fellow Brazilian producer L-Side.